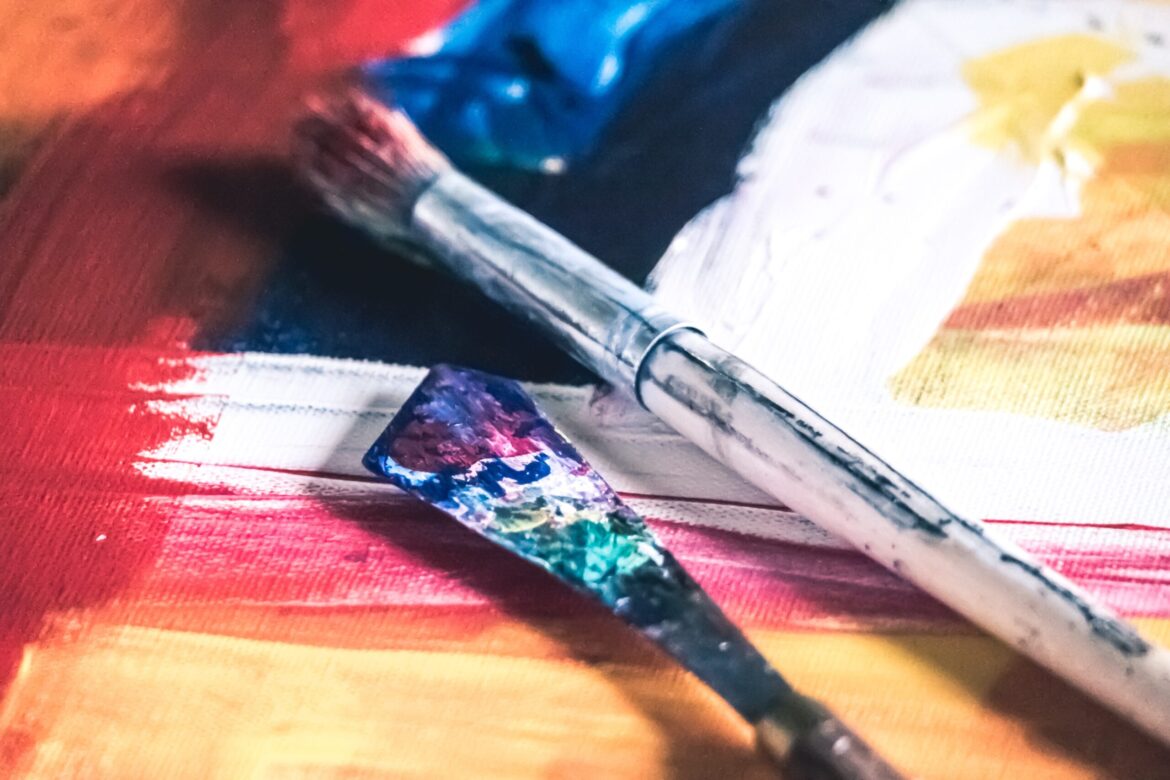 Pop art not only influenced the wealthy in the 50s but also changed the culture. Pop art depicts objects (soup cans, hamburgers, and road signs) or scenes from day to day life using artistic techniques.  The word pop emanates from culture or social situation. Critiques looked at pop art as vulgar while its proponents consider it nondiscriminatory.

Even though images used in pop art can reflect the culture, they intellectually critique society. Popular art artists used images and items from popular culture. The American pop art artist Richard Hamilton did not paint his images but assembled different materials particularly from cuttings from American magazines. One of the enduring pieces of Richard Hamilton in 2009 is the “medal of dishonor” featuring the faces of Tony Blair. The mass media exploited the comprehensible images of pop art.

Most pop art artists predominantly use bright colors like red, blue, and yellow. Did you know that a person’s perception depends on his/her human brain? Although colors in pop art pieces evoke certain emotions from audiences and convey various sensations, as one of the most influential pop artists, Warhol paintings and prints simply followed a color scheme unrelated to a specific emotion. The colors used in Warhol’s “Skull” artwork, for example, were at odds with the subject matter.

The “medal of dishonor”, pop artwork by Hamilton was a political piece. The objects he used were more potent than the title. Pop art is like a cultural institution reminding humanity of the economic and political turmoil around them. Mohamed Zwawi from North Africa used cartoons to present Libyan society and politics in a comical manner.

Mixed is a contemporary term that replaces the word collage. Pop art artists look at everything as potential canvas examples painting on a book or antique to. Roy Lichtenstein’s mixed media used inexpensive and ordinary supplies to give a fun piece of artwork. Andy Warhol integrated a variety of mediums including video, silkscreens, photoengraving, and sculpture to produce his pop art pieces. In one of Tom Wesselmann’s pieces the Bedroom Blonde, he created thought-provoking collages fusing anything from magazine, text, and objects. With mixed media, the artist can cut and redo processes to instantly change the mood of the image.

Pop artwork comprises varied attitudes and postures. Andy Warhol used the silkscreen-printing technique to transfer an image from a magazine or newspaper onto diverse mediums. Some of Andy’s silkscreen printed work included Marlin Monroe’s portrait. Roy Lichtenstein used a stencil to make his work look like machine-made. With 2000+ images to his name, Roy Lichtenstein used thick outlines, Benday dots, as well as primary colors to bring the look of a commercial printing process which he borrowed heavily from advertising and comic books.

All in all the famous pop art artists not only changed the face of art but also the materials used in the production of art pieces. Pop art helped to infuse art with everyday life. Pop art drew a thin line between low and high art.