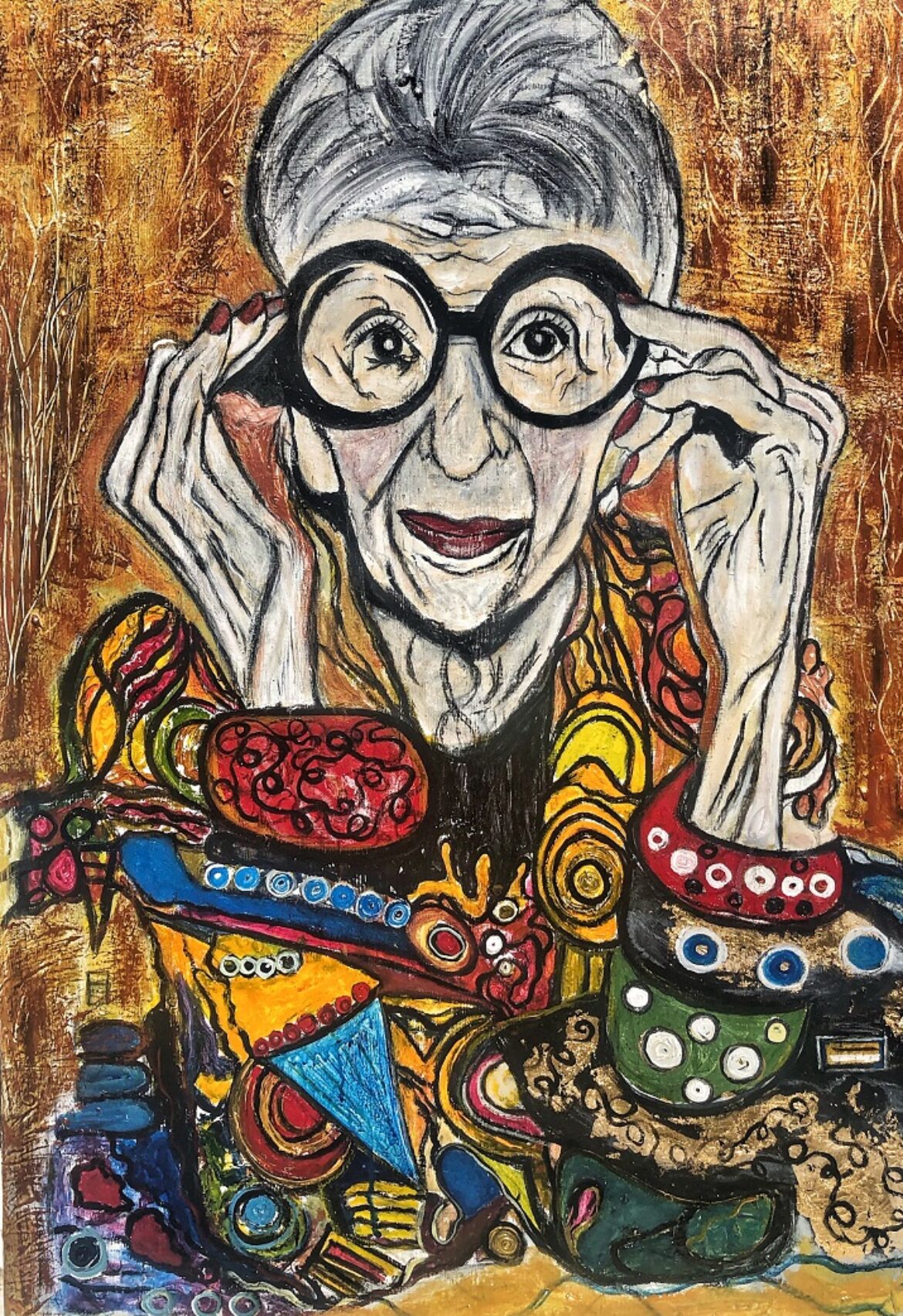 An American business woman, fashionista and interior business woman born in Astoria Queens New York, Iris Apfel has defied and keeps defying the fashion world. Her style is eclectic and very unique. Singlehandedly, she’s been able to redefine the way the world views fashion. She loves anything fashion and is not shy to allow her personality show forth in the pieces she drapes herself in.

Iris has spent her whole life building a notable and envious resume. As a young lady, she first worked with Women’s Wear Daily before moving on to work for the interior designer, Elinor Johnson. For a while, she was also an assistant to illustrator Robert Goodman.

Iris Apfel also distinguished herself in the home decorating business. For many years, she and her late husband, Carl Apfel co-owned and ran the international textile manufacturing company, Old World Weavers, which specializes in reworking antique fabrics. Working with this company, she was involved in major restoration projects which included working at the White House. Her career at the White House spanned the regime of nine presidents, ranging from President Truman to President Clinton.

Further cementing her stand in the fashion world was the exhibition premiered by the Metropolitan Museum Art in September, 2005. The exhibition, titled Rara Avis (Rare Bird) showcased her eccentric fashion sense and all the pieces she’s been able to acquire over the years. Due to her popularity, numerous artworks have been done of her. You see Iris in acrylic paintings on canvas and also in famous oil painting the color of Iris by Suzi Nassif in the featured image above. She has inspired artists, musicians, and the entire fashion world with her diversity and inspiring lifestyle.

Apart from the New York museum exhibit that made her a star, she was brought more into the limelight recognition when she became the subject of the film, “Iris”. Albert Maysles, a highly sought after documentary filmmaker, after chasing her for a number of years was finally able to persuade Apfel to allow him capture her life and her works in a documentary that would show the world more of what makes her tick.

The release of that documentary further propelled her into a greater level of fame. She became extremely sought after in the world of fashion, which eventually birthed collaborations with famous stores all over the world. Apfel values her privacy so much, so it was with great reluctance that she opened her home up for Maysles and gave his crew access to come into her life, her marriage, her wardrobe and craft her story for the whole world to see.

Despite that intrusion, she was glad she allowed the documentary to happen because she eventually came to appreciate that because it allowed her have a reminder of her beloved husband of 68 years who passed away in 2015. All in all, she was extremely grateful to Mayles for capturing that part of her life in film, especially as he also had her husband on film, something she wouldn’t have had if not for the documentary.