Wearable art is more popular because it adds value to elegance. It could be a piece of handmade jewelry or clothing. Artists express their appreciation of life through art on clothing and accessories. It is a popular way of expressing aspirations. Suzi Nassif has launched her new collection of colorful kimonos in Dubai. Majority of these carry her artwork representing surrealism such as portraits of Dali and Frida Kahlo. Suzi creates some of the most elegant works of wearable art. ‘I am beautiful wearable art’ is an example of wearable art by Suzi Nassif that showcases her contemporary portrait art. She is a multi-talented artist who creates various types of art that you can find in many art galleries across the globe.

Her Majesty and his Ego

It is not secret that Suzi Nassif paintings are inspiring artists all over the world especially because majority of her works are surreal and present a reality larger than life. ‘Her majesty and his ego’ is another wearable art that has been created by her, the painting has been printed at the back of the free size kimono. It is a dress that depicts a pensive mood but is very elegant. 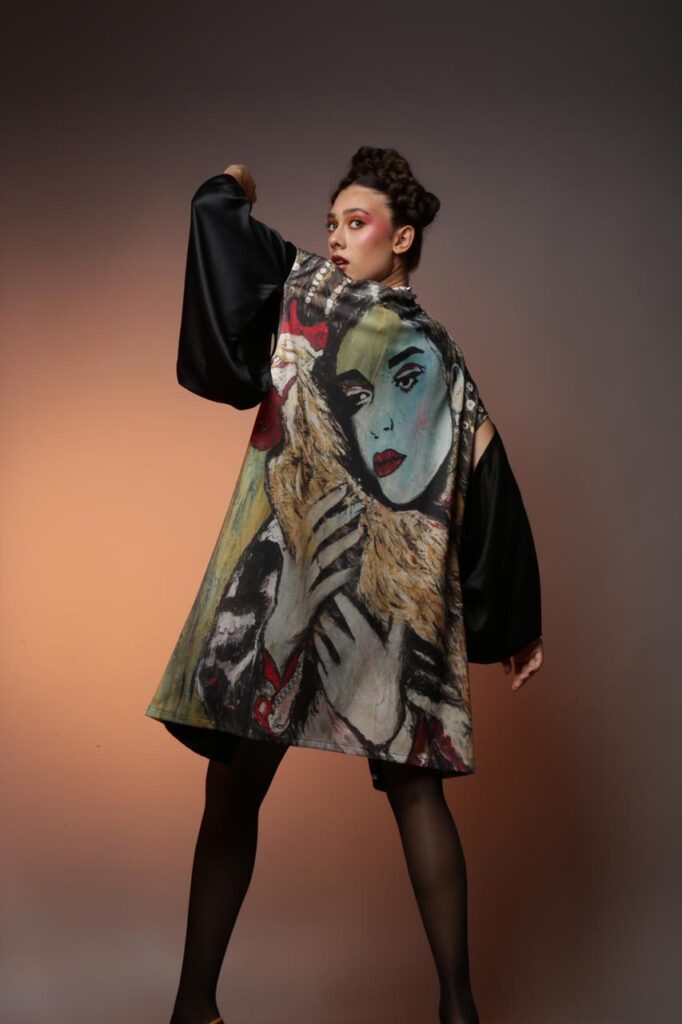 Her Majesty and His Ego by Suzi Nassif

Destiny of a Butterfly

The other new wearable art designed by Suzi Nassif is a dress that is painted showing a face of a lady. The wearable artwork here is called ‘Destiny of a butterfly’. The expression on the face of the lady that is portrayed on the painted dress is indifferent. You will have to head over to the official website page of the artist to find out more about the piece of wearable art. Find out if there is something that you can read from the expression of the lady’s face. You may place an order for this item directly by calling the Art Cell, the phone number is in our contact us page and also in the footer. Destiny of a Butterfly by Suzi Nassif

It is no secret that Suzi Nassif gets inspired by one of the most iconic art legends Salvador Dali. This is why it should come to you as surprise that she has created wearable art that depicts some of Dali’s portraits and his symbols. In this particular wearable art by her Dali dominates, a rose flower and an image of a skull. Head over to her official web page to find out more about ‘Dalimortal wearable art.’ It presents Dali’s idea of mortality that has made him immortal. 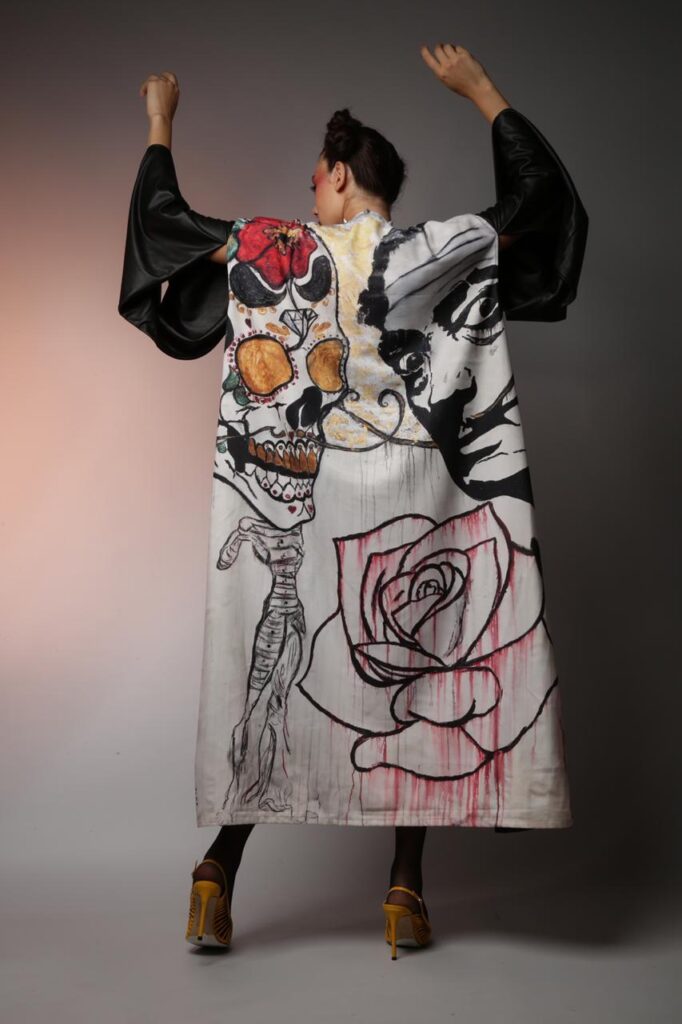 I Breathe her Wearable Art

This is yet another enigmatic wearable art that has been done by Suzi Nassif that shows an image of a man smoking. There is so much to be read from the portrait shown on the dress. If you are interested in the work of art, just head over to the contact number to place an order. The symbolic message of love in this artwork is intense and mesmerizing. 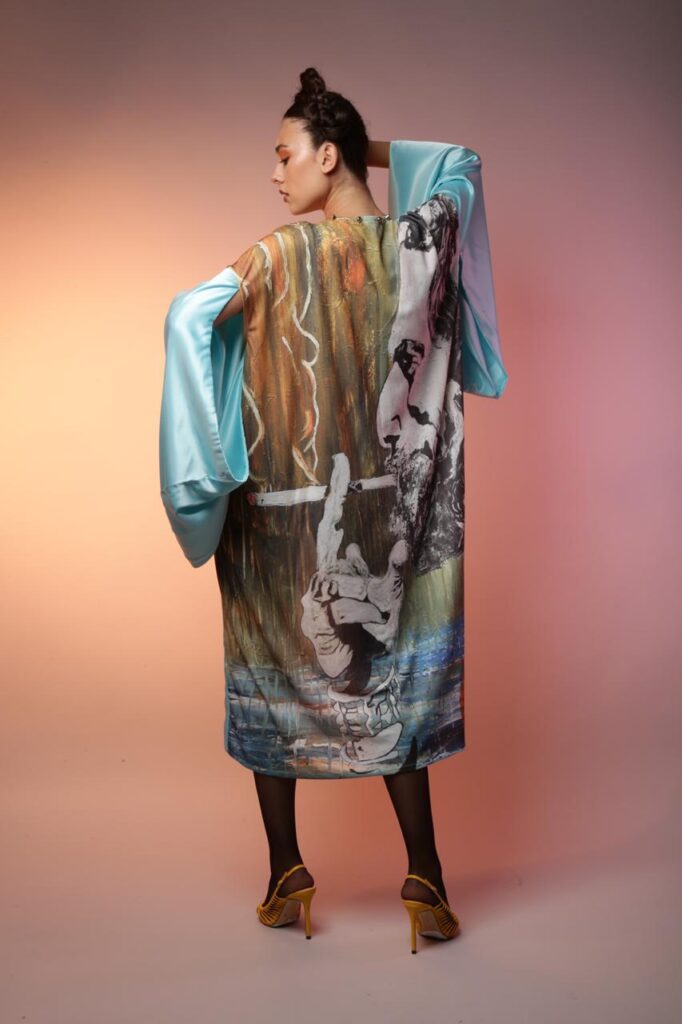 I Breathe Her by Suzi Nassif

Wearable art collection has taken over art lovers by surprise. The launch event at Coya Four Seasons was a great party and hundreds of fans dotted over the art pieces. There is no doubt that the creative works of Suzi Nassif have won her global acclaim.