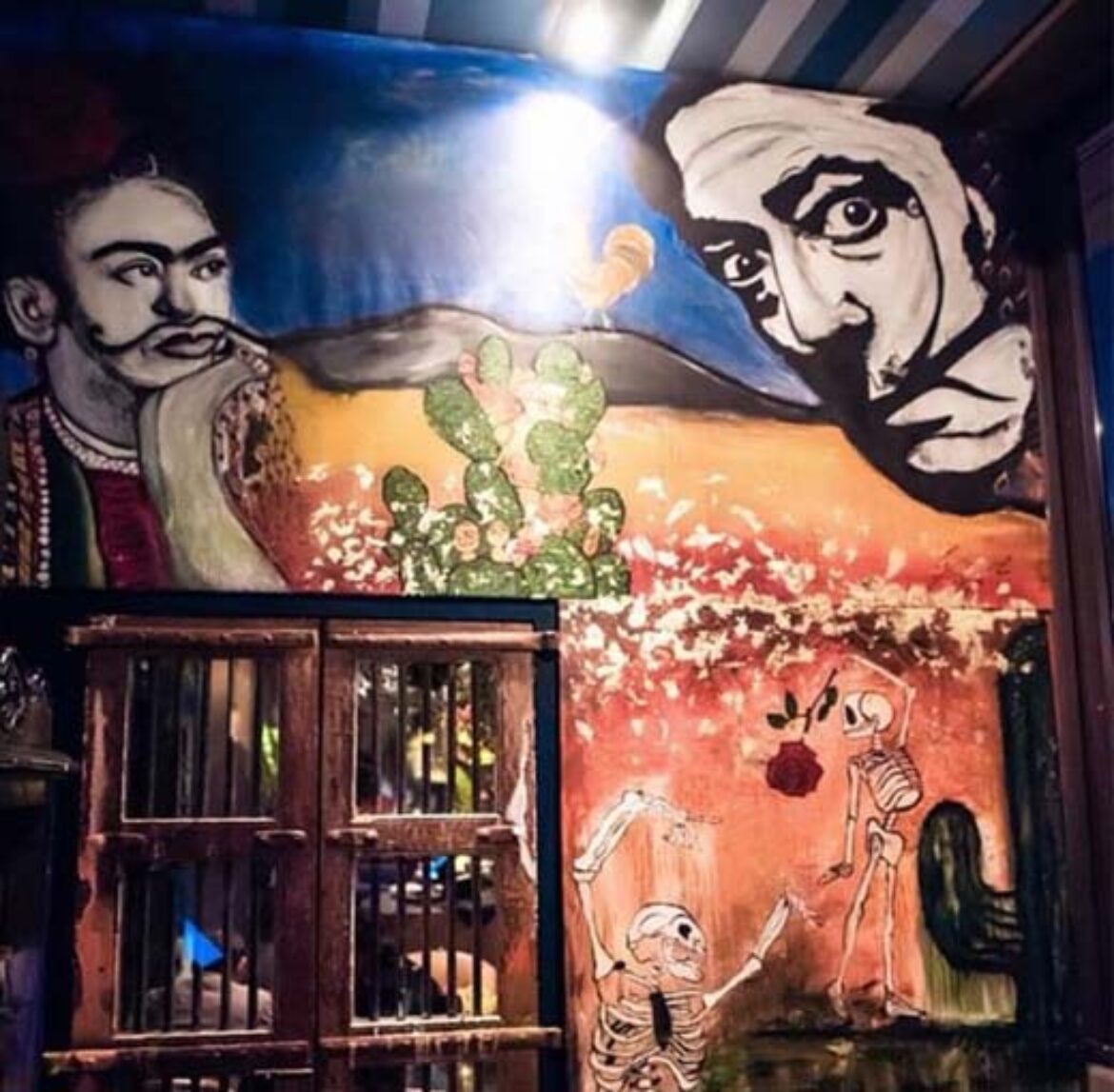 Artwork can serve as a tool for political protest. In some instances, the artist aims at galvanizing solidarity with a group of protestors.  The artistic expressions of Salvador Paintings had an undisputed place in politics in his time. The enemies of Dali in the surrealist circles portrayed him as a fascist supporter.  Salvador was a friend to a Jewish architect Paul Laszlo. During the Spanish war, Dali decided to flee and not to align himself to any group. His surrealist’s themes presented hallucinatory characters in the paintings. Dali is a source of inspiration for Suzi Nassif  here is a portrait she made of him:

In 1956 June 6 Dali had an audience with the Spanish dictator Franco at his Pardo Palace. He cultivated exhibitionism and liked showmanship which helped push forward his career. Dali convinced Franco to build Salvador Museum which was inaugurated in 1978 and 1972. Dali chose to live in Catalina during Franco’s reign in 1949 drawing criticism from fellow surrealist.

His painting Madonna of Port Lligat had the blessing of the Pontiff that paved the way for its acceptance by the Catholic faithful.

The painting depicted the horror of civil war in Spain and the start of World War II. The painting had its eyes filled with infinite death. The face was traumatic and frightening representing the ugliness of the war. The background is that of a desert whereas the brown color showed misery and desperation of the people.

Dali moved to the USA where he lived from1939-1948. During his stay in the USA, he started mystic religious themes. The advertisers in the USA loved Dali and would sell for them an unimaginable product. Besides, he cultivated flamboyant persona as he worked for Disney and was able to make 30 million dollars. On the other hand, Andre Breton used the anagram Avida Dollars against Dali to mean someone who loved dollars. In the real sense, the surrealist ire towards Dali was because of his dubious political stand.

Dali evaded the anti-fascism ideals instead of showing interest in Hitler’s phenomena. Salvador’s infatuation with Hitler in hid painting the Enigma of William Tell portraying Lenin with a large amorphous buttock. The painting provoked the surrealist against Dali. Dali described his infatuation with Hitler in his enigmatic paintings as a weird homoerotic fantasy. He had an artistic response to changing times. In The Enigma of Hitler (1939) Dali uses the phone hanging from a drying olive tree branch signaling death of peace. The phone is a symbol for negotiating tool between two nations via telephone.

After the death of Salvador Dali in January 1989, it was discovered he left his fortune to the Spanish nation.

As a leading force in Surrealism Dali loved creating controversy but stood beyond politics to advance his career. His quotes, exceptional gift, and wild artwork set him apart from the rest of the surrealist. From Salvador’s books, letters, photographs and autobiography his political stand remain unclear.