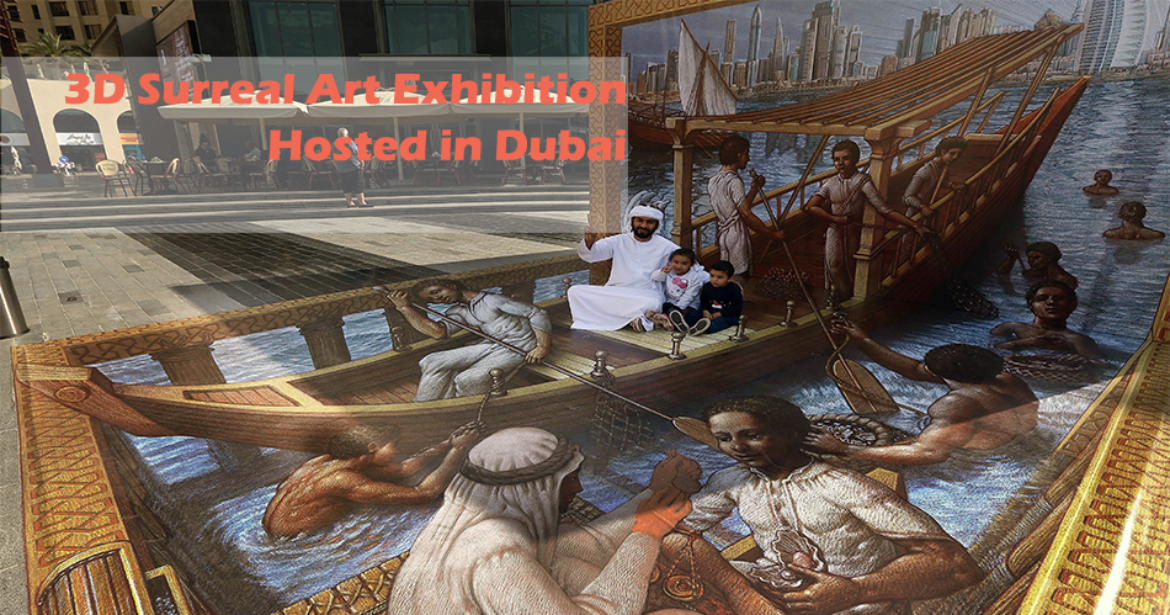 A surreal art exhibition was recently hosted in Dubai. According to the organizers this type of 3D art festival was something new as the work that was featured seemed to rise from the ground and it was first of its kind in Dubai.

The festival was held for one week and it included many international artists from around the world. The artwork Dubai was mainly done with chalk or paint and many different eye-catching images of the city Dubai were illustrated.

Kurt  Wenner, creator of 3D pavement painting was reported to have said that the setting provided by Dubai was excellent and they were able to incorporate the artwork in the various parts of landscapes in Dubai.

Among all the beautiful and eye-catching illustrations of the city, there was one that caught everyone’s attention. It was a chalk drawing made by Wenner. It displayed a boy on an old-fashioned Emirati boat. The boat was surrounded by children carrying bags of pearls and shells. In the background, the skyscrapers were easily seen.

All in all, people loved the art exhibitions in Dubai and different people had different views. One Syrian visitor Omr Adi said that it was a vast opportunity for talented artists to display their work and a new kind of 3D artwork was introduced here, which is something new in the Middle East.

Yes! Dubai with all its glitter and shine is mostly known by people as the “shopping hub” with different and extravaganza shopping malls enclosing all over.  Dubai is the home for Burj Khalifa- the world’s tallest building and Dubai Mall- which is one of the biggest shopping mall on the earth.

But, now as you can see a lot of different cultural activities have been going around for quite some time, you can visit various art events in Dubai as well.

Dubai has been devoting a lot recently in various cultural projects and It has plans in hand to build an opera house and a modern style art museum.

Suzi Nassif is a popular name when we talk about surreal art. Nowadays she has been working in painting gallery Dubai as a land that is fertile for many modern artists.