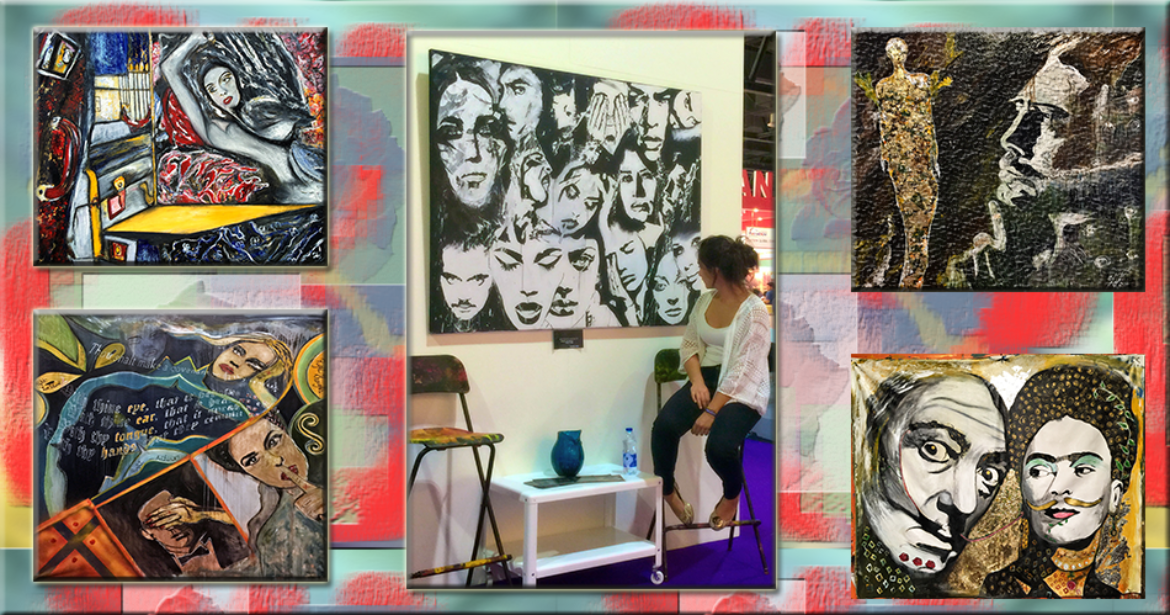 Developing a Portrait Painting is a special genre in painting that aims to depict a human subject. Portraits are often considered important for state, family records and also for personality remembrances. The Portrait Artists enjoy a special liberty while making a portrait and this liberty allows the creation of a master piece.

The Portrait artists can either depict their subject in ‘full length’, in ‘half length’, with ‘head and shoulders’ or simply with ‘head’ only, in a ‘three-quarter view’ or can even give a ‘full face’ highlighting varying directions through the use of light and shadow. However, in some portraits, the front of the subject is not visible at all such as in the portrait by Andrew Wyeth titled Christina’s World (made in 1948) where the portrait shows the pose of a crippled girl with her back turned to the viewer.

The portrait artists enjoy the freedom regarding the background setting of a portrait. For example, the subject of the portrait can either be clothed or nude, can be indoors or outdoor, can be standing, reclining, or even seated and may also be horse mounted etc. The portrait paintings can even comprise of individuals, parents and children, couples, families, business groups or collegial groups. The Portrait artists can use a variety of the  media such as oils, pen and ink, watercolor, pencil, pastel, charcoal and also some  mixed medium. Moreover, the artists may  also employ a huge ranging palette of colors seen in  Pierre-Auguste Renoir portrait titled Mme. Charpentier and her children (made in 1878) and may even restrict themselves to the use of only white or black just like Gilbert Stuart’s did in his Portrait of George Washington (made in 1796).

Portrait artists in Dubai can take considerable time in making a portrait, and it normally requires several sittings. For instance, Cézanne, as an extreme example had insisted on over 100 sittings from his subject. On the other hand, Goya preferred just one long day’s sitting. However, the average number of sittings is about four. During the 18th century, a portrait would typically take almost one year to be delivered to the client.

Besides so much effort and time that goes into making a portrait by the Portrait artists, sometimes the client or his/her family remains unhappy with the resulting portrait and also with the artist. The artist, Jacques-Louis David’s portrait titled as portrait of Madame Récamier, became wildly popular in exhibitions, however it was rejected by the sitter. Same had happened with John Singer Sargent for his portrait tiled Portrait of Madame X. Additionally, the John Trumbull’s portrait titled “General George Washington” was also rejected by the committee that had commissioned it.

Portrait making is indeed a tough job. However, a successful portrait, may gain a lifelong gratitude and recognition for the painter amongst the committee of the portrait artists.