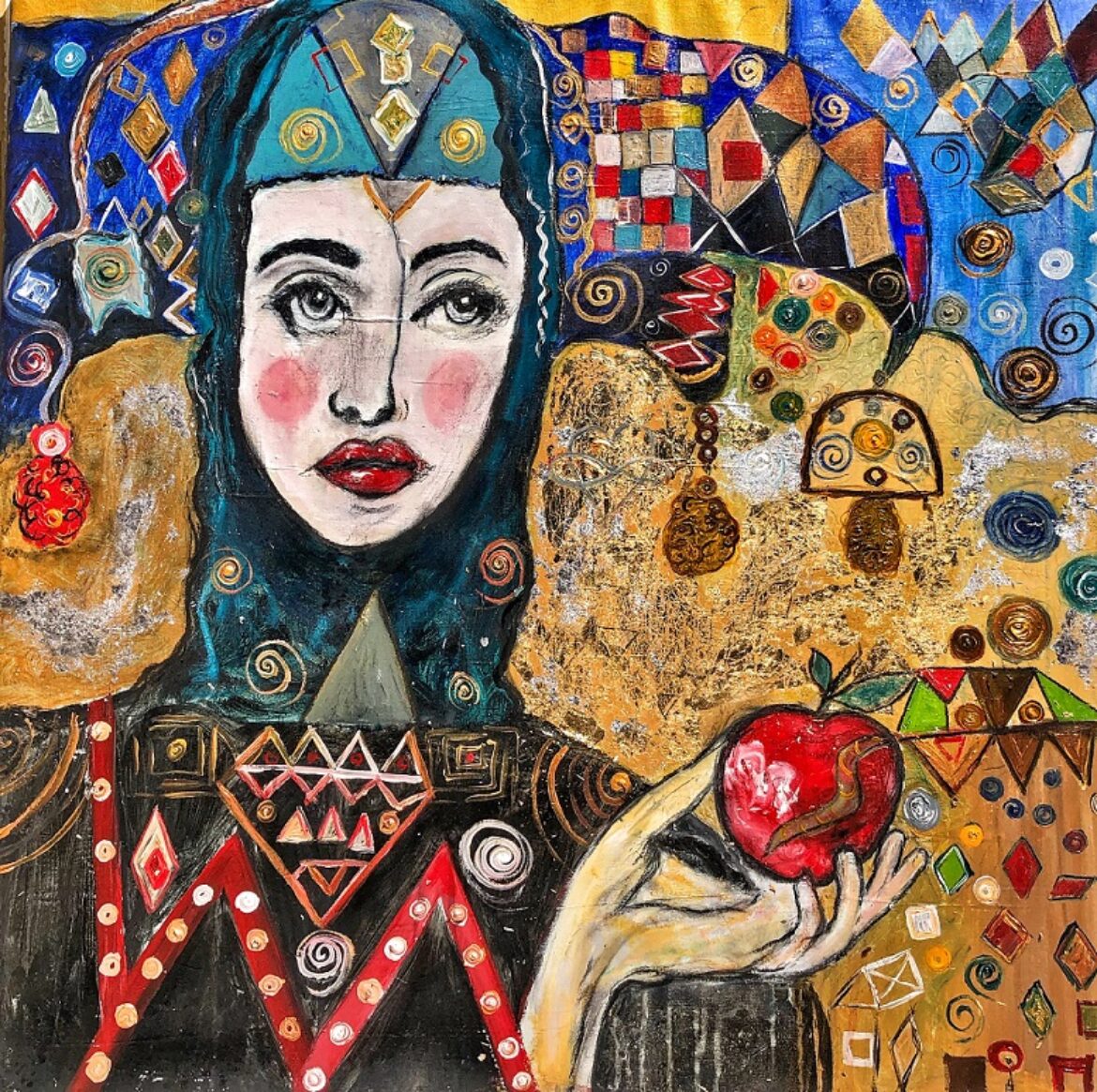 Lina Cavalieri is a famous Italian operatic soprano, actress and is also a popular monologist. She has gained a huge fan base during those times. However, she still remains in the heart of many people with her amazing work that she has done. She was born in 1874 and passed away in the year 1944, i.e. at the age of 69. She was born in Italy on the Christmas Day. She lost her parents when she was just 15 years old and was grown up as an orphan in the orphanage. This girl was not so happy under the supervision of the strict nuns and ran away from the school to a theatrical group. She is the most beautiful woman who inspiring Suzi, who is a popular artist from Dubai. This inspiration has driven her to paint the picture of Lina. Suzi is well-known for her artistic brilliant and her amazing Suzi nassif paintings and contributions to the painting world. The Surrealism pop art paintings have been exhibited in the famous art galleries in Paris, London, Dubai and New York.

All the paintings that are done by Suzi are the inspirations that gain from the civil war that happened when she was a child in her place. The artworks portray about the hard life that she has faced while growing up. There are many artworks that are created by this lady, which have won many prestigious awards in the field of art. She is a very talented and proficient artist who gains inspirations from different sources. Lina Cavalieri is another inspiration for this artist. She painted her 90 * 90 cm painting. She has used a wide range of colors to paint the canvas of Lina. The colors that are used to do the painting are – acrylic, gold and silver leaf. On the canvas, you can see the muse of Lina Cavalieri, who is a famous Italian comedy queen. The acrylic painting on canvas adds spirit to the painting. This painting makes you feel that the forces are switching between the beauty and sin of woman. This looks like a symbol that is as old as a “una mela”. This painting has been put in the gallery for sale. The beautiful part of the painting is that, you can observe Lina holds an apple in the hands. There is a bright red colored lipstick that is used to paint the lips of the artist. Though, this actress and monologist have passed away long back, but still are admired by many people for her good work. Suzi has made Lina Cavalieri as one of her subjects to do the artwork. This is an amazing piece of artwork that is grabbing the attention of many people.

This painting is conveying many messages to the art lovers and enthusiasts. The piece of work is actually a mirror of Lina’s life. The interesting part of the painting is the eye of the artist that looks natural. There are different vibrant colors that are used in the paintings and are also visible in the portrait.