Grayson Perry is an English contemporary artist famous for his ceramic bright colored vases. Perry has received several awards including Turner prize in 2003. The Daily Telegraph ranked him number 32 amongst 100 most powerful personalities in British culture in 2008. His work is full of autobiographical elements such as his childhood teddy bear called Alan Measles and his image as Claire. Besides curating several exhibitions the 1960 born artist made various documentary TV programs. Perry dissects British prejudices, imperfections, and fashions.

Lauren Brevner is a self-taught Vancouver born contemporary artist. She loves painting ethnically diverse women. The collections of her original paintings in various cities across the globe including Portland, Vancouver, New York, San Francisco, Berlin, Toronto and Scope Miami. She blends modern and ancient art techniques. She gets inspiration from Gustav Klimt. Her mentor Sin Nakayamal sparked her artistic journey to success. In her paintings, she uses resin, acrylic, and oil.

YASUTOMO OKA’s modern day paintings are exquisite. His paintings appear as high-definition photos. He spends considerable time close to a month working on a single piece of artwork. Oka’s female subjects include flowing hair, textured clothing, and women’s soft skin. In the old days, artists would ask their subjects to make several sittings for hours or even days for viewing. Leonardo Da Vinci worked on the best-known painting Mona Lisa for 4 years.

It is not a surprise that Suzi Nassif is making a mark as a global artist in popularizing contemporary portrait art. Would you believe that a person from a restricted religious background, gender, and the Lebanon war would rise to become a famous talent? She has not only used her gender to tell her unique stories through paintings but also move past the restrictions to win several awards like The International Casanova- Arts Lover Award and UNICEF awards in 2015. As a contemporary artist, Suzi looks at life in a different way. 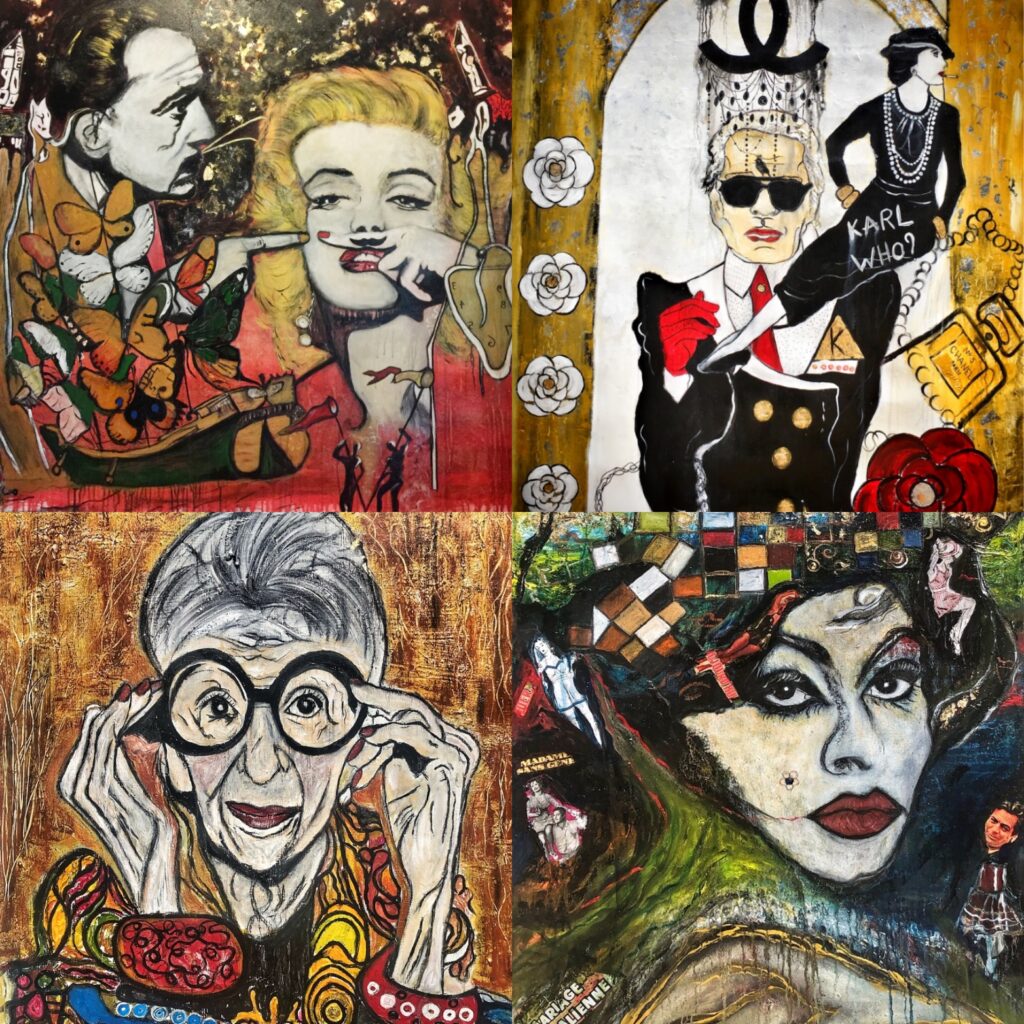 Although AMY Sherald’s subjects are always African-America, she has won several awards including Bethesda Painting Award. One of the Baltimore artist’s vibrant paintings is that of Mitchell Obama. The painting was a shocking mystery unveiling grayscale background to bring her subject to life.  Mitchell’s portrait not only made her the latest world sensations in 2018 but also launched 1 million tweets. AMY gets inspiration from Any Wyeth paintings and Wayne Lawrence, Rineke Dijkstra and Erwin Olaf photographs composing their imagery with simple figures but expressing plenty of emotions against backdrops.