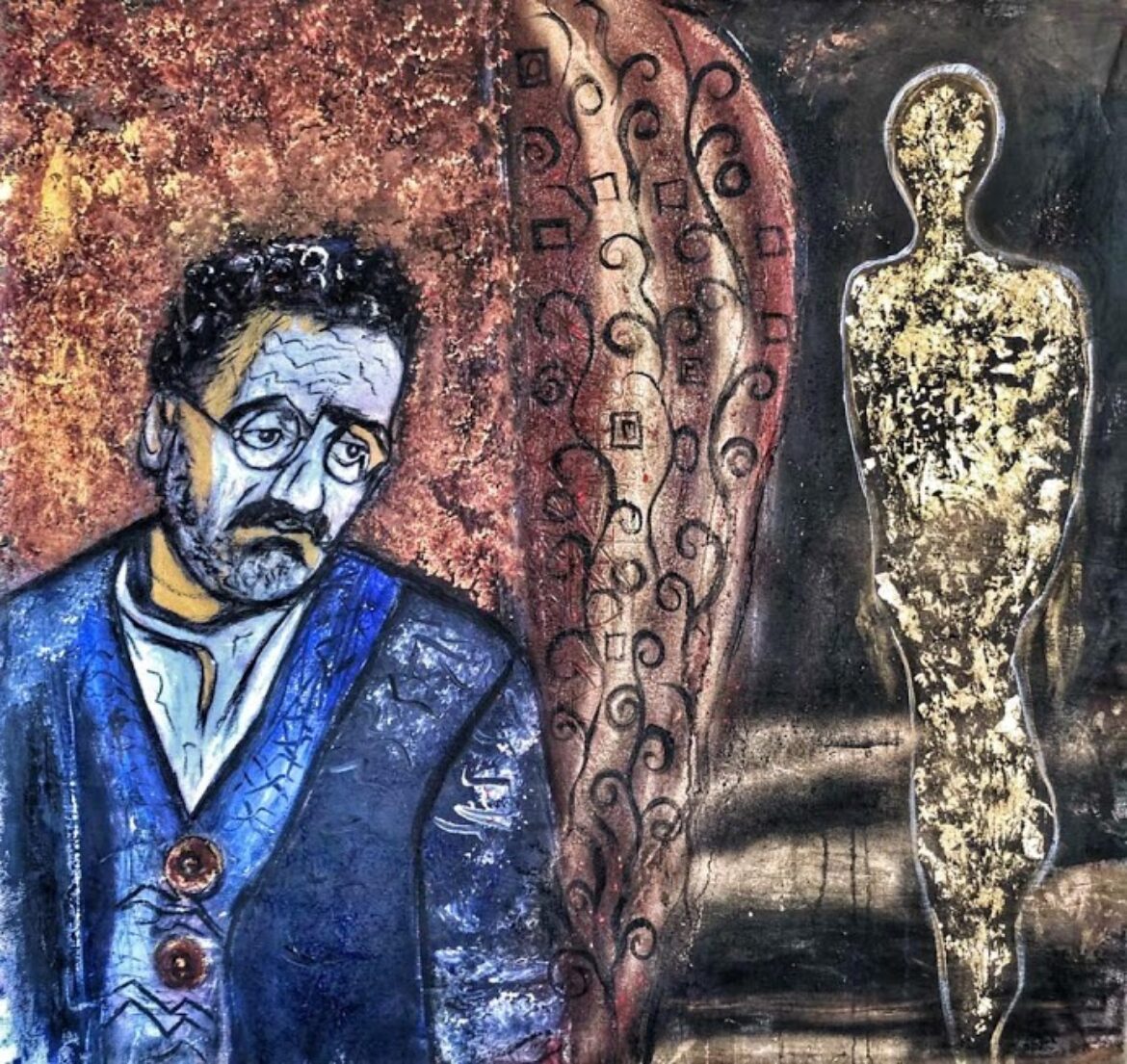 Georges Khabbaz’s contributions to art and literature are immense proof of his diverse energies. His works are universal. You can associate them with anyone in the world. Although Khabbaz began his literature as a hobby which grew to become a teacher of theatre at St. Joseph University. The Lebanese artist was born in the family of artists. Professionally George began his career in 1994.

Well, one of Suzi Nassif paintings of George Khabbaz portrait was on a beautiful canvas with a message that inspires its viewers. She chose a mix of colors that portrays the feeling of peace. She explores colors exhaustively in her paintings. Khabbaz appears marvelous when painted. In a shocking and suspiring move, Suzi made George’s acrylic painting on canvas.

As a lead actor in more than 25 TV shows, starring in 13 plays, scripting, and directing 3 sitcoms, Georges Khabbaz is one of the great literary talents in Lebanon. Besides, his plays are always constantly on stage and crowds flock from all over the world to attend his plays. In one of Suzi Nassif paintings, she describes Georges Khabbaz as the most AMAZING and REAL artist!

Georges Khabbaz is the true face of Lebanon. He uses his art to combat prejudices like intolerance common in the region where he lives. The biases breed war. Khabbaz and Suzi are individuals experiencing success regionally and globally in recognition for their work in art and literature.

George Khabbaz writes festival pleasing movies like Waynon released in 2014. The movie is moving storing of six women whose husbands, brothers, or sons are tragically missing from the Lebanese war. The movie not only received Special Jury Award in Egypt in 2014 but features in several world festivals.

Georges is rich with talent from a comedian, writer, to director and producer. In both the movie Ghadi and Under The Bombs he was the lead actor. He has won best actor in both La Nuit Des Mabrouk (2008) and Under the Bombs (2014). Most people take notice of Suzi Nassif’s acrylic paintings. Using acrylic painting on canvas Suzi was able to produce a bolder portrait of George Khabbaz.

Georges Khabbaz’s holds most of his shows at Chateau Trianon – Lebanon for the past 13 years. Most of his plays are about daily life issues and things everyone passes through such as political problems, social and financial issues. Unbelievably, people of all ages patiently waits for his new release of plays. So he has a special responsibility of coming up with special play in every detail. Amazingly, most of his works constantly make you laugh and you watch repeatedly. George Khabbaz himself attended Holy Spirit University in Kaslik where he received a good education. Inasmuch as he begun with comedy he loved participating more in drama series like Sanabel El Hob and Talbin El Orb.

In the Middle East region, Lebanon stands out as a space for artistic expressions. Through continuous innovative ideas, he is able to influence his audience’s thoughts using his TV series, theatre, and cinema literature.