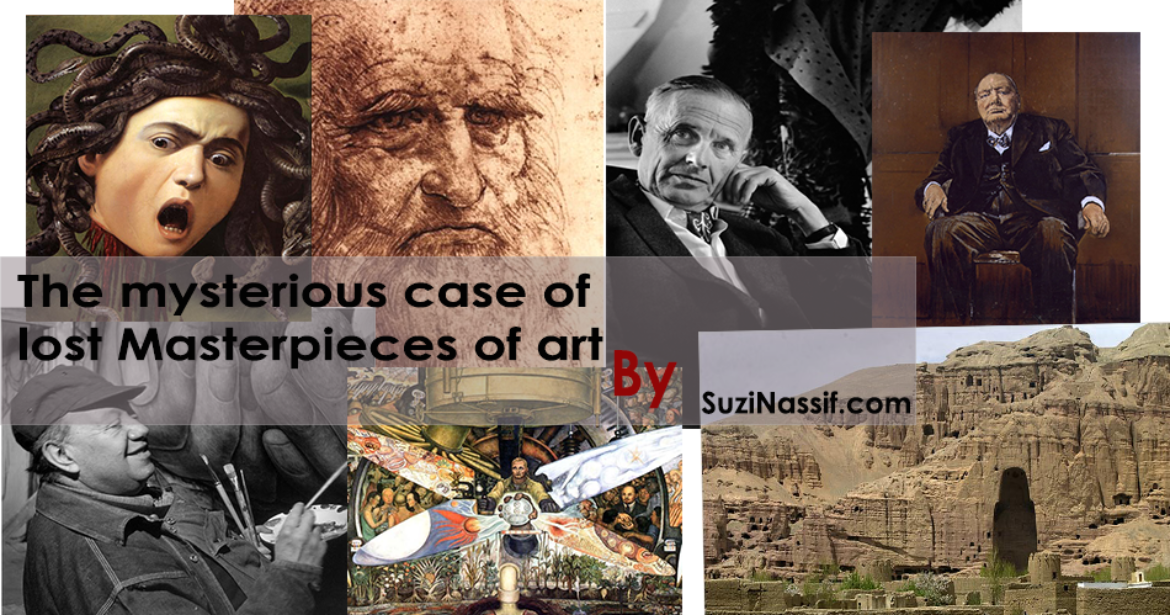 Even though massive efforts have been done to seek and recover the most beautiful paintings and sculptures but they do not exist anymore. A few were not protected and got stolen while others were destroyed during wars. Let’s have a look at 4 masterpieces of art by different famous artists Dubai that got lost in time and we artists can only grieve at their loss.

Most of the work by Leonardo da Vinci does not exist anymore, but Medusa Shield is known to be a major loss of artist’s work. This painting was painted by Leonardo da Vinci when he was young. This painting was in the form of shield with a creature that took inspiration from Greek monster, medusa who was snake haired. According to art historian, Giorgio Vasari, the painting was so realistic that the artist’s father got scared and he sold it to Florentine merchants. No one saw the painting after that.

Man at the cross roads by Diego Rivera:

Diego Rivera has painted brilliant frescos and murals. Most of his work does not exist today. In 1932, the artist was commissioned by John D. Rockefeller for creating a mural to appear on the walls of New York’s Rockefeller Center. With the theme of “Man at the Crossroads”, Rivera started with creating masterpiece. The bold move that the artist made was to paint communist leader Vladimir Lenin and it inevitably offended wealthy patrons. Upon the artist’s refusal to not remove Lenin from the wall. The work was first covered with canvas frames and then destroyed. Rivera took revenge by painting another version with another title “Man, Controller of the Universe” in Mexico City.

Graham Sutherland was one of the famous portrait artists and the members of British Parliament commissioned a portrait by him and then presented it to Winston Churchill as a gift on his 80th birthday. Although Winston Churchill acted happy but in reality he did not like the painting and believed it to be captured in an unflattering pose. He wrote a letter to the artist and told him he was not happy with the painting. Churchill went on to not attend the presentation ceremony. The painting is known to have been smashed and burned by Lady Churchill.

Stone Buddhas were built in 6th Century and stayed standing for almost 1500 years till they were destroyed by Taliban. The 135 and 175-feet tall carvings were fashioned out of a sandstone cliff and they served as Bamiyan’s brilliant monument. After several attacks by Muslim emperors, Buddhas were destroyed in March 2001 by Taliban. It was considered to be a huge crime of destroying art which was integral part of culture. Near the ruins, Archeologists found a new Buddha statue.

So, many great paintings by artists from abstract art to surreal art still exist today although many have been lost in time and cannot be recovered.