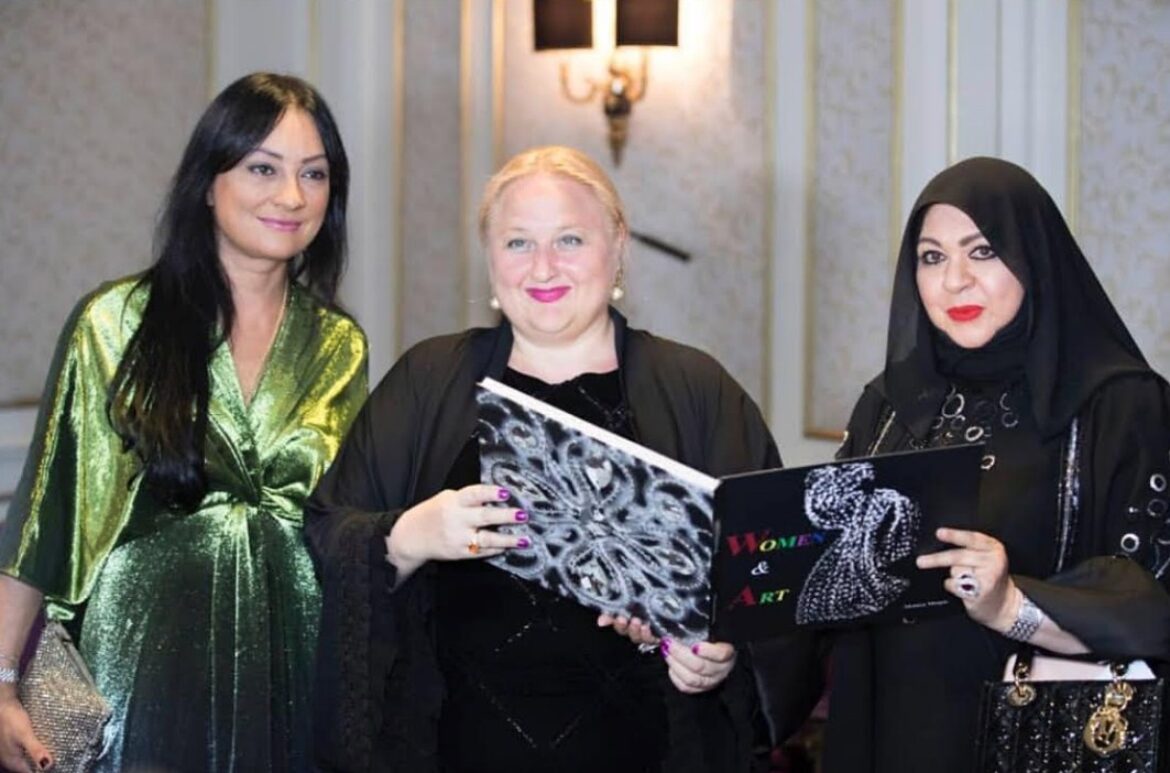 Suzi Fadel Nassif was chosen and has been described as the “Witch of Portobello” in the latest Monica Mergiu’s book “Women & Art” which pays a tribute and features women in art in the Middle East. It is a true honor for Suzi to be a part of this very limited edition book and be amongst all talented women, such as Sheikha Fatima Bint Mohammed Al Qassimi, Mona Al Mansouri, Alia Al Farsi (just to name a few) in the region. The author had taken time to explore and analize Suzi’s work, which led to an incredible and breath-taking seven page (back and front) narrative including introduction, interview with Suzi and images of Suzi’s work:

“ Maybe Suzi has a magic wand since birth or maybe she took over something unique and wonderful from her extraordinary meeting with Paulo Coelho…I do not know…but Suzi discloses to us miraculous characters and the titles of her work speaks for themselves… Suzi Nassif is a rebel, a sophisticated eccentric, delicate, feminine, hiding her creative emotion in childish games, decorating the daily reality with fantasy elements of time and space. Suzi talks to Salvador Dali and cries with the miseries of Frida Kahlo… She is the empress of the moment, the abandoned sweetheart, the flying butterfly and the song of Fata Morgana among sand dunes…”